Technologies have advanced by leaps and bounds in the past decade. Billions of devices are networked each year with the continuous growth of the Internet of Things (IoTs).

Due to the increasing adoption of smart camera systems and analytical software, the demand for IP connected solutions is getting higher. Cloud-based video platforms enable operators and customers to track easily. AI and Machine Learning (ML) have also enabled smart cameras to be more easily implemented. AI-enabled cameras with video analytics applications are being used in many cases, including in traditional security applications.

The Internet of Things (IoTs) introduces a new type of smart security camera that can not only provide data-rich videos but also analyze data and trigger appropriate actions by using smart applications. Cloud-video surveillance is highly attractive to customers who want to achieve operational cost savings, initiate remote maintenance and access plans, obtain real-time operational intelligence, or generate live metrics and data to enable them to work faster.

The developments in the security and video surveillance industries seem promising enough to have a satisfactory experience but it doesn’t reflect the reality of the situation.

Let’s look at real-life cases! A high school principal installs a security system to keep the school safe from intrusions and installs an app on his mobile phone to monitor all the alarms. As he expects to create a safer environment for his students and staff, he actually starts receiving non-stop notifications from the mobile application.

The security cameras are triggered by people and animals passing by, wind, rain, dirt on the lens or even heat and humidity. The number of notifications he receives reaches such unmanageable levels that, in the end, he turns off the security system that was installed. Thus, ending up with money spent on a system that he did not benefit from. Does this case sound extreme? It really isn’t.

In fact, about 95% of all incoming alarms in control centers are so-called false alarms, which results in control center personnel being overloaded and sorting out false alarms. (In this context, false alarms mean non-safety-related alarms, which are caused, for example, by weather conditions, animals or insensitive factors and have no significance whatsoever in the context of the original safety objective.) – René Helbig, WSD permanent security GmbH

There has been evidence to suggest that US forces alone are losing as much as 6.5 million working hours to false alarms leading to estimated annual costs reaching $1.8 billion for their response.

The money wasted on false alarms is huge, yet the main threat the control centers face, which is also the main concern of security system providers, is missing the actual alarms that are lost among false alarms and failure to react to them on time.

Let’s look at another scenario to understand how this threat can affect your business. A facility is monitored during a snowstorm. Snowstorm triggers the security cameras and the number of alarms received reaches uncontrollable levels. Since the number of operators is limited, the alarms cannot be verified in real-time and remain unchecked for long periods of time.

If something happens in that time at the facility such as an intrusion or damage caused by extrinsic factors, no one is liable and the customer is left alone with an issue that was supposed to be solved by your support. So, how does promiseQ deal with these false alarms?

promiseQ designed a cloud-based platform that verifies and filters the false alarms in real-time with a combination of AI and an on-demand Human-in-Loop service. The promiseQ hybrid engine complements Artificial Intelligence that continuously learns with Human-in-Loop verification, giving us the advantages of both worlds: machines and people. 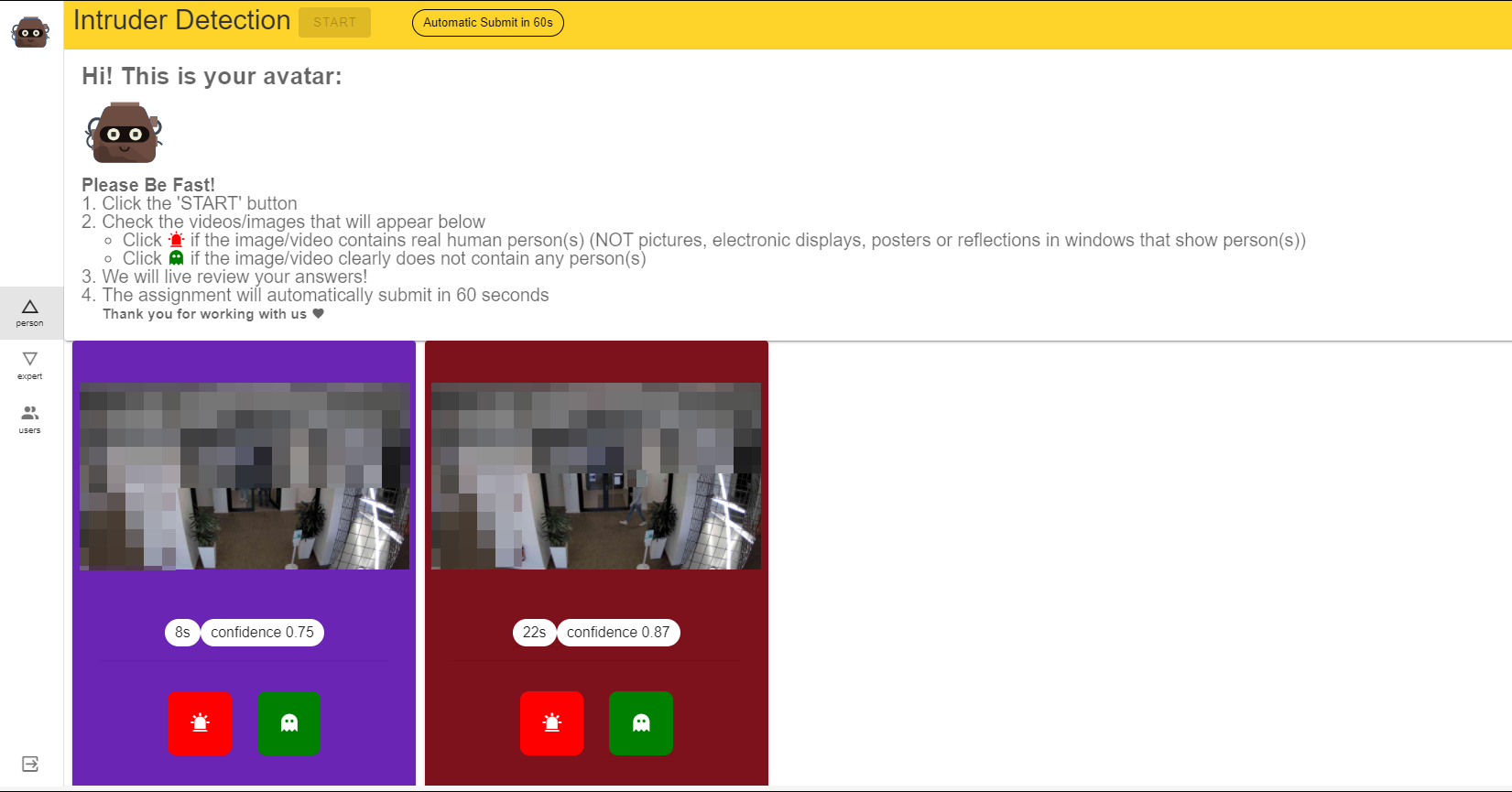 With the increasing popularity of crowd work and modern cloud technologies, we are able to scale at will. In addition, by using the Human-in-Loop approach, we can get a significant competitive advantage for various scenarios other than traditional security use cases.

promiseQ partnered early on with Azena and recently published prototype applications embodying the hybrid approach on the Azena app store. They already successfully run on Azena powered cameras and bring real Humans-in-the-Loop in the process while being 100% GDPR compliant.

The first use case focuses on perimeter protection and intruder detection. promiseQ’s partnership with Azena continues with 2 applications of promiseQ launched on Azena Marketplace: Intruder Detection BETA and False Alarm Filter Platform BETA. promiseQ is currently working on a new application that turns your camera into an optical sensor that reduces images to metadata. This allows promiseQ to process only this metadata in the AI-powered cloud and look for anomalies, e.g. hands-up detection or very loud, sudden noises during a robbery. This way no images leave the premises and customers have peace of mind. Stay tuned!