Are you attending IFSEC 2022? Then, schedule a meeting with the Azena team! We'll be at the VIVOTEK booth from May 17-19.

On the 10th - 12th April we participated as exhibitors at the biggest security trade fair of the year - ISC West and what a privilege it was to be there! We received both a very warm welcome and positive attention to our booth. See below how we progressed throughout the event, we are already looking forward to next year!

The core members of the team who planned and executed the booth design arrived a few days earlier to Las Vegas to construct the booth in Hall G (the main hall in the Sands Expo). 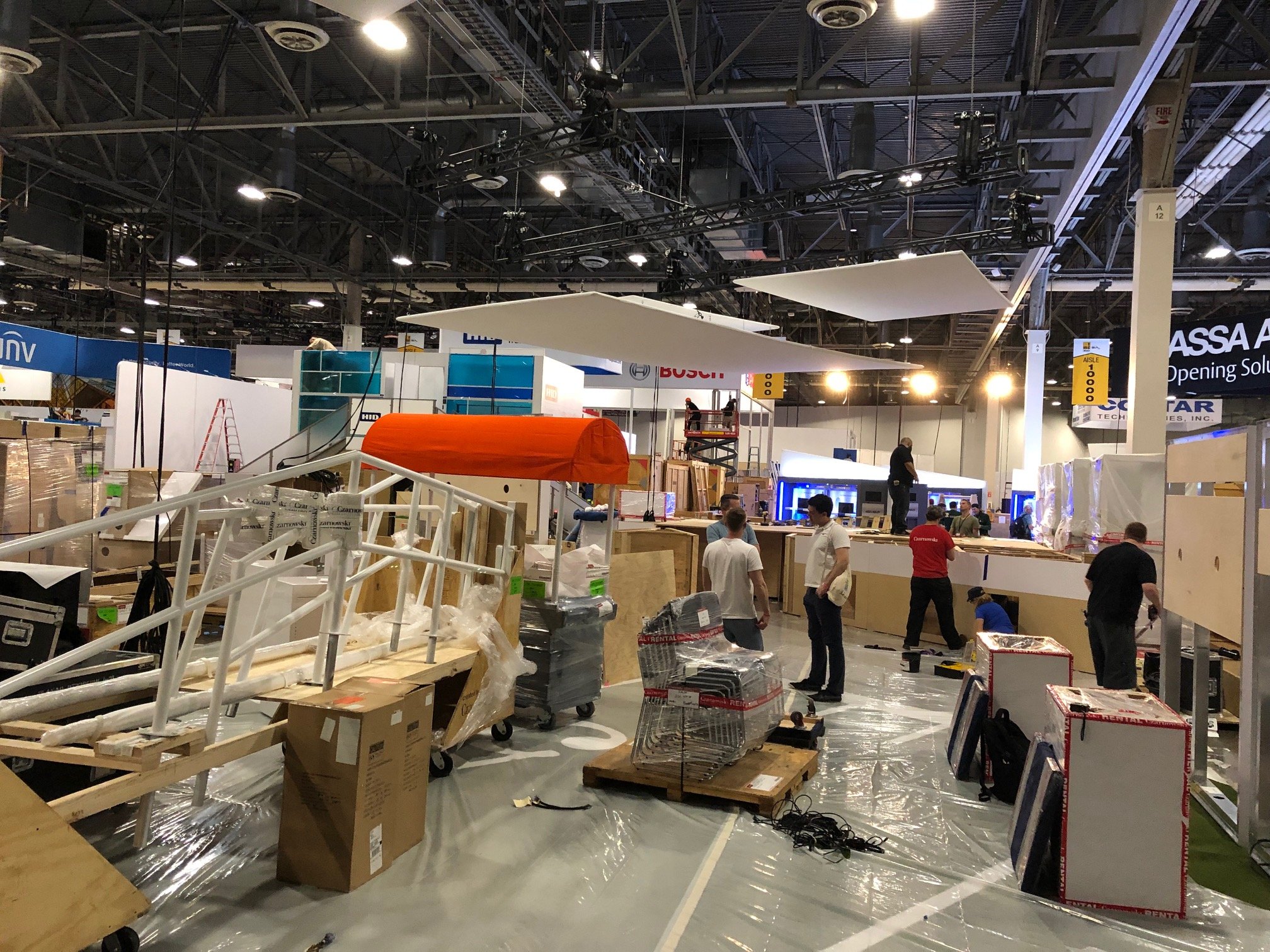 This is where it all began, state of booth just days before the biggest event of the year - no worries! 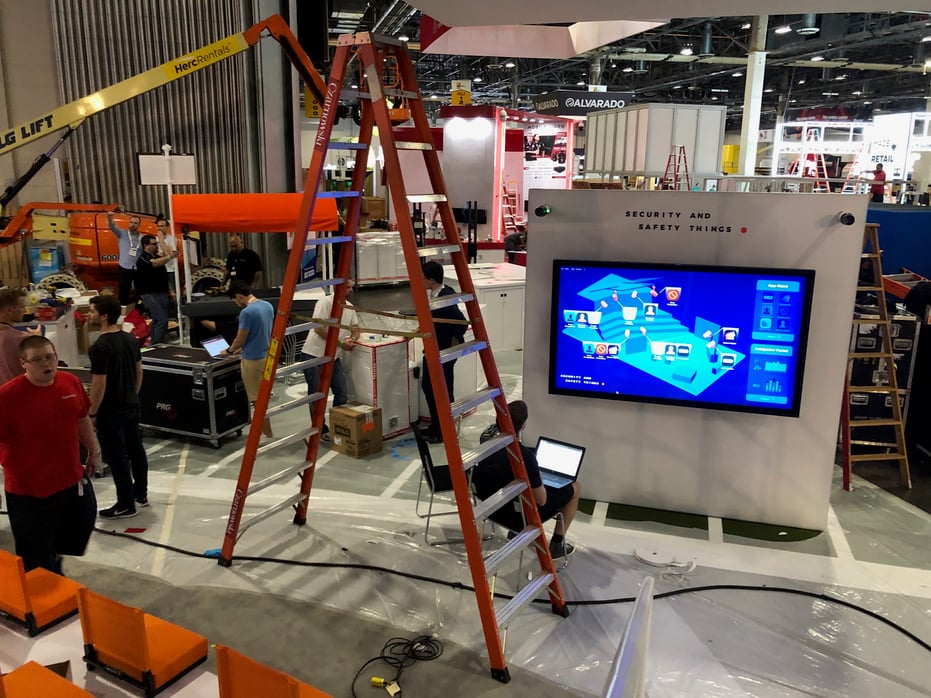 Everything still under construction but at least the showcase screen is working!

It’s fascinating how the booth developed in just a few days. 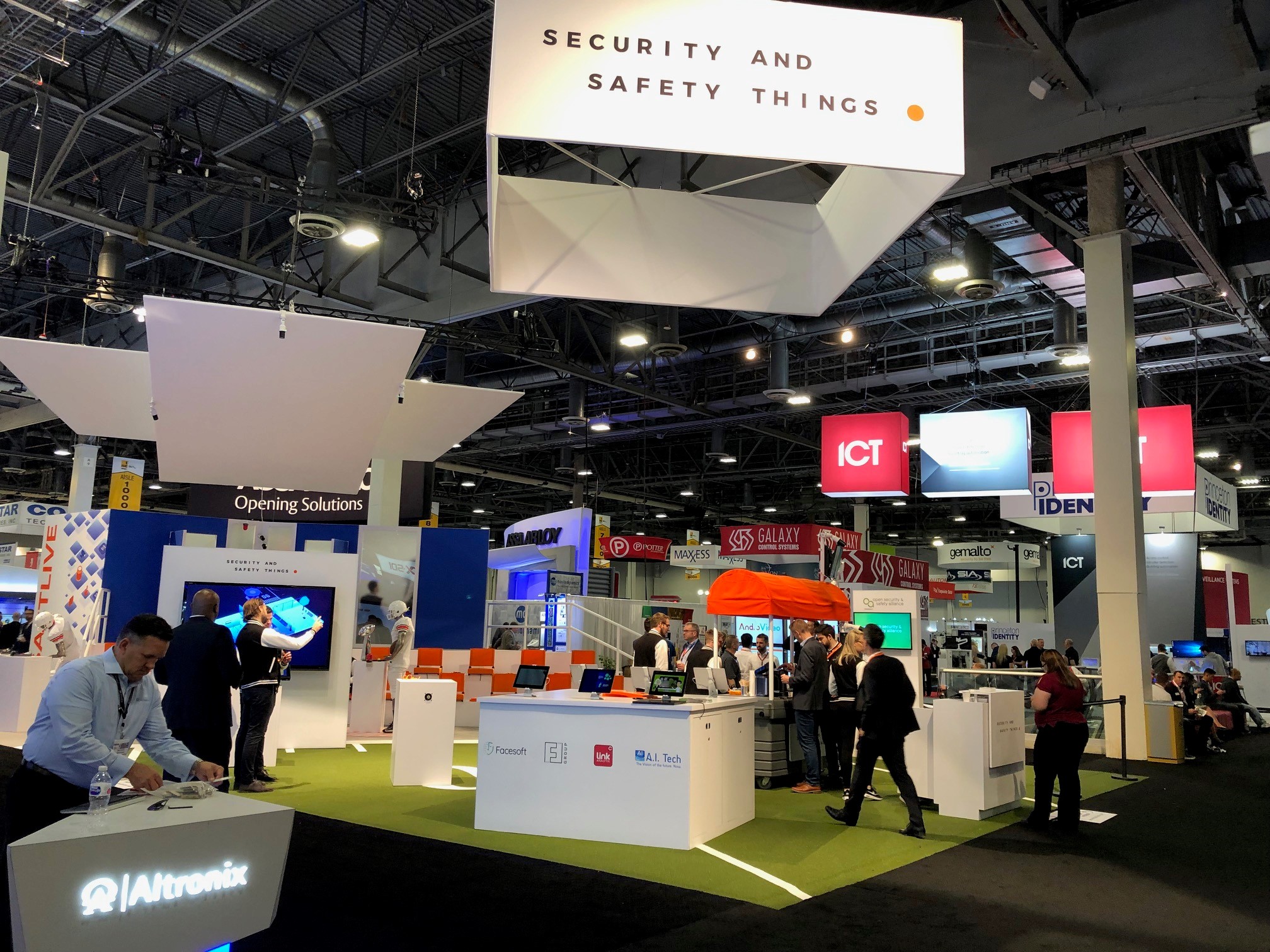 Final results just minutes before the doors open and the crowds roar through the expo. 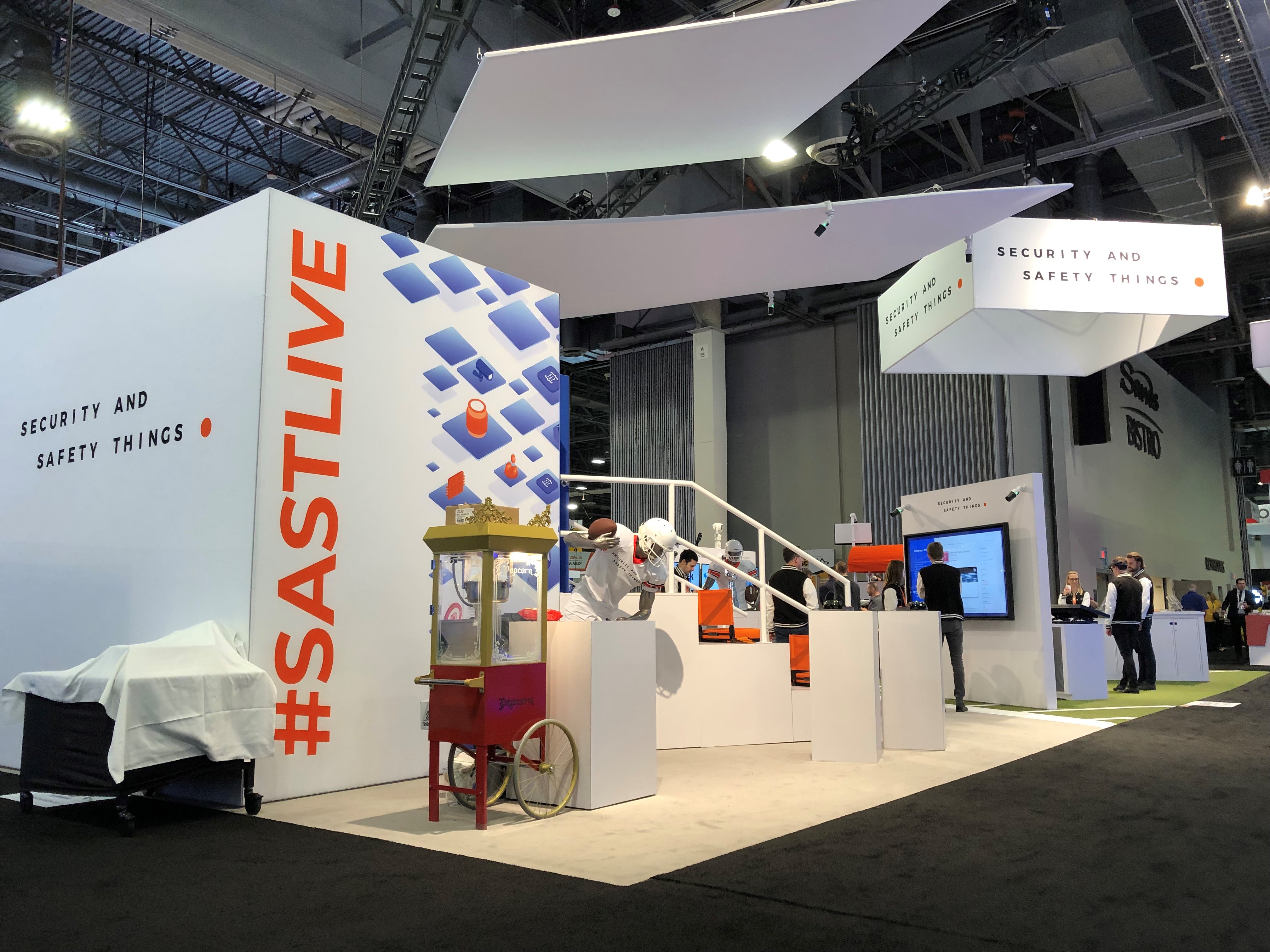 Great hashtag and popcorn, lots of popcorn. Everyone loved this!

After a long couple of days, we were among the first to be up and ready, so we had plenty of time to fix together the final pieces of the puzzle and time to add additional wow factors to the booth.

The inspiration for a football stadium theme was inspired by the most popular sport in the USA followed by an array of possible use cases which we could present at the event. These use cases are listed below: 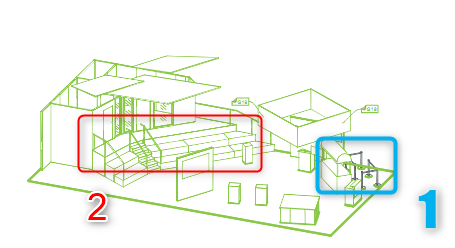 Booth design skeleton, with the question in mind - where shall we put this?

In this case, we used it as a means to get an espresso from us. The attendee would simply receive a license plate from one of our representatives. Stand in line and show the license plate in front of the camera, once the license plate has been recognized and accepted the attendee can help them self to a coffee. This was a fun, interactive use case which can be demonstrated simply with a result of great coffee.

Using the same scenario as the coffee machine, we also had a people counter app running to measure the number of people waiting for a coffee in the queue.

In this case, we wanted to demonstrate how the application could recognize people's faces in a crowded area like a football stadium. If there is an intruder when has already been identified then the camera would scan the crowd and highlight the intruder as his / her face is recognized. This was demonstrated successfully in the stadium seating environment.

This idea is to detect the person who walks within the zone of this football player and his trophy, immediately letting security know they someone is trying to steal the item. We demonstrate this on the camera by highlighting the criminal in red and sounding the red alarm as you can see in the picture. 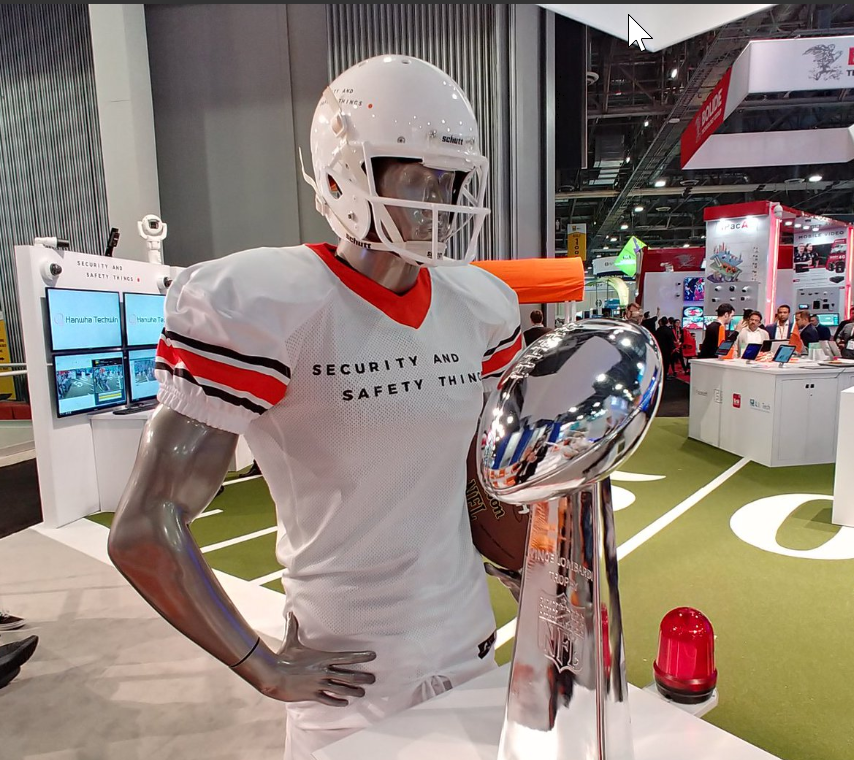 Do not touch the trophy! Intruder detection scenario featuring our all star.

Also on the main showcase, we showed off the biometrics analyzer which would scan the crowd and mark the age and gender of each person. This application received lots of positive feedback and like the others a great interactive use case for the attendees to see live at the booth.

AI + IoT = AIoT: What's in it for next-generation video surveillance?

Applications for security cameras: It's time for a revolution

Reliable, secure, and cost-effective LPR solution with a perpetual license by FF EDGE